Episode #5 – Getting to Know Mental Disorders 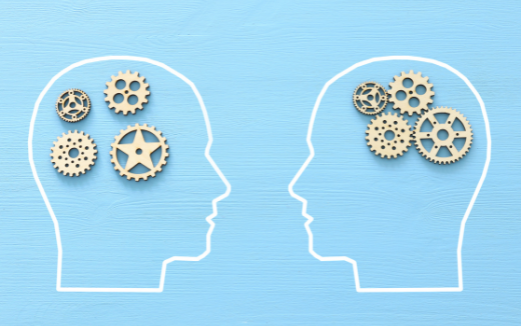 Nithi is an RCI registered Clinical Psychologist with an M.Phil in Clinical Psychology. She has five years of work experience in school and clinical setup and currently working as a Training and Assessment Specialist at Pearson.

When we talk about mental health the word itself is so huge. It includes various things like emotional, psychological, and social well-being. It affects how we think, how we feel, and how we act. It also helps determine how we handle stress, relate to others, and make choices so you can understand that our every action is dependent on our mental health. At every stage of our life, from our childhood to adolescence through adulthood it becomes important that we become aware of mental health.

When you ask about how common it is, if you look at WHO (World Health Organization) 2019’s report: one in four people in the world will be affected by mental or any neurological disorder at some point in their lives. Around 450 million people currently suffering from such conditions, which is huge so that makes mental disorders one of the leading causes of ill health and disability worldwide. If we look at the numbers in India: In 2016 and 2017 NIMHANS data prevalence study, they saw that one out of seven people in India is affected by mental illnesses and if you see the total number of diseases in mental illness it has been doubled between 1990 to 2017, so that makes it common.

Q no 2: What are the common types of mental disorders that people might experience?

There are different types of mental health illnesses and there are two ways of classifying these diseases. One is the International Statistical Classification of Disease (ICD) currently we are using the 10th version of it and the second is the diagnostic and Statistical manual, we are using the 5th version of it. There are different disorders. Both the classification tags may mention different ones in different ways. I will list out the few common ones. First are psychotic disorders and it involves distorted awareness and thinking, so schizophrenia is the most common example of this. A person usually loses the reality touch. They may hallucinate, have delusions, and there are many other symptoms. The second is a mood disorder. Usually, we see major depression and clinical. There are different subtypes of major depressions and then there is bipolar affective disorder. The third is several types of anxiety disorders which include generalized anxiety disorder, phobia, panic disorder, OCD (obsessive-compulsive disorder), somatoform disorder, etc.

There are different types of illnesses or mental illnesses in children as well. Some of them are neurodevelopmental in nature for example autism and intellectual disability, which we used to call mental retardation. So, these are typically diagnosed during childhood or infancy and at the stage of adolescence. There are other disorders also like PTSD (Post Traumatic Stress Disorder), eating disorders, impulse control disorders, learning disability, attention deficit hyperactivity (ADHD) and like this, there are many more which we see in the common day-to-day life.

Q no 3: What should a person do if they know someone suffering from a mental disorder?

It is a relevant question. Many people might know somebody who is suffering from a mental illness, but usually, the first reaction is: Get panic or scare or even deny it. Saying that no it is not a mental illness, but it could be something else such things can lead to stigma. A stigma is anything it can be denying the mental illness, shutting out the person, discrimination towards that person, or making that person feel incapable. Anything that can lead to a negative impact on a person can be a stigma. We see in the general population that there is awareness about mental illness and understand terms like depression and anxiety but when a person comes to them to talk about it, they may not know how to handle it. So, what you can do is show respect and acceptance. When a person is coming and telling somebody that I am going through something like this, please do not panic make them feel comfortable to talk about it, provide enough space to them and does not ask them too many questions just to satisfy your curiosity and make sure that person has the same right and opportunities as other members of your family and community. Third thing, what you should do is learn more about mental illness, mental health, positive psychology so that you can also provide some helpful support to those people affected by mental illnesses in your family or in your community. Lastly, you should help them in getting treatment. There are a lot of treatments available and for that, you must consult a mental health professional working either in a hospital or in their private clinic. Usually, the treatment comprises a team with a psychiatrist and a clinical psychologist. A psychiatrist is a medical doctor who specializes in psychiatry and usually, their line of treatment is through medication and a clinical psychologist is specializes in the field of clinical psychology and treatment is through talk therapies such as CBT (Clinical Behavior Therapy), mindfulness, etc. In India, a psychologist must pursue an M Phil degree in clinical psychology from RCI recognized institute and there are other mental health professionals as well such as a counsellor, psychiatric nurses, and psychiatric social workers are also important in the treatment process.