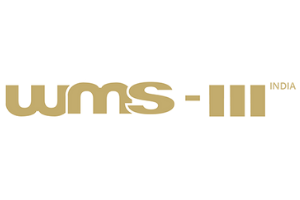 Assess verbal and non verbal memory abilities in older adolescents and adults. With the WMS – III now adapted to India, use this internationally popular comprehensive test battery to assess learning and memory for your professional needs.

Assess verbal and non verbal memory abilities in older adolescents and adults. With the WMS – III now adapted to India, use this internationally popular comprehensive test battery to assess learning and memory for your professional needs.

Author information:
The adaptation and standardization of the WMS-III India was carried out as part of a doctoral thesis by Dr. Pushpalatha Gurappa in the Department of Mental Health and Social Psychology, National Institute of Mental Health and Neurosciences (NIMHANS), Bangalore, India. The publication of the project work was carried out by Pearson Clinical and Talent Assessment, Bangalore, India.

Rationale for adapting and standardizing the WMS-III for India

The extensive modification and joint re-standardization of the Wechsler Adult Intelligence Scale (WAIS) and Wechsler Memory Scale (WMS) resulted in their publication in the USA in 1997 as the WAIS-III and WMS-III. Larger standardization samples were used than previously, both tests were extensively updated in content and presentation, their age and ability ranges were extended, and a greater range of scoring options was introduced. For the first time the two tests were standardized using the same normative sample and scoring systems were brought into line, making comparisons between them much easier.

Publication of a revised version of the test in USA (1997) yielded an Anglicization of the scale in UK and changes were made in the scale so as to be applicable to the British population. The previous versions of WMS- III i.e. WMS (1945), and WMS – R had been adapted in UK, and had been anglicized to be used on the British population. However, the tests had not been standardized in the UK, and the appropriateness of the tests to the UK population was being questioned. Hence there was a need for the WMS-III test battery to be anglicized to investigate the applicability of the USA norms. Therefore, to utilize to the fullest extent a large body of USA data, the UK project took the form of a validity and comparability study between the American norms and the scores of a representative sample of the UK population. This project was carried out with the intention of providing sufficient information to allow well-informed use of the USA norms in the UK.

Despite the standardization work carried out in the UK for the WMS-III, the utility of the same test battery in India was considered inadequate. Many limitations, such as cultural specificity, test sophistication and educational background of the subjects, are considered as confounding factors for the test results. Therefore, a need was felt for a culture specific comprehensive memory scale, suitable for the Indian population. The WMS-IIIIND research project was carried out to develop Indian norms and to establish the reliability and validity of the scale. The WMS-IIIIND is considered appropriate for use not only within India but also within the Indian subcontinent, due to cultural similarities among the countries in this geographical area.

To know the final price of this product, click below to request a quote.