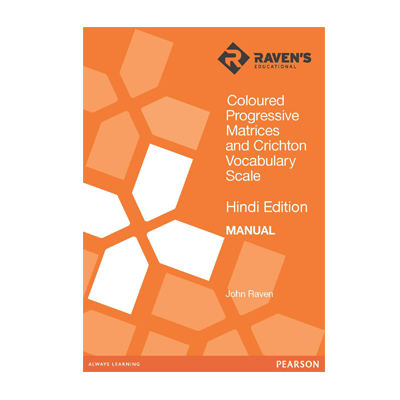 Following the publication of Raven’s CPM/CVSINDIA, Raven’s CPM/CVSHINDI with norms for Hindi-speaking populations will help you measure ability in those who are not fluent in English.

Raven’s CPM/CVSHINDI fills a long-felt gap in ability tests that cater to populations not adequately exposed to the English language. Translation of test instructions and CVS word card in seven major Indian languages empowers you with a more culturally fair test that can be administered in a vernacular language your client understands.