Suicide and Mental Health Awareness in the Wake of the Pandemic. 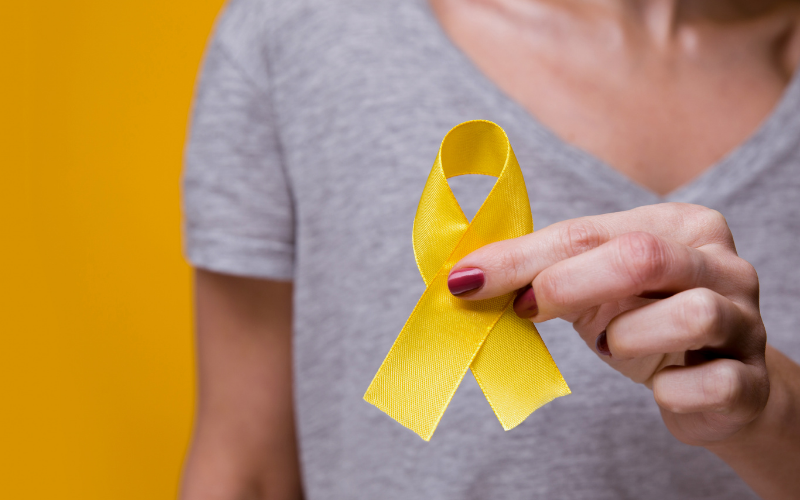 India, along with the rest of the world is currently recovering from the impact of the second wave of the global COVID-19 pandemic, which hit the world by storm in the early months of 2020. In the wake of the pandemic, the country is working on revamping its health infrastructure and unfortunately, mental health is still missing the much-needed spotlight and attention. The increasing number of infections, fatalities, and the uncertainty which was further exacerbated by the lockdown restrictions, working from home, balancing personal and professional lives, and the lack of physical contact for some with other family members and friends had people undergoing high levels of stress and anxiety. Online news media reported 369 cases of suicides and attempted suicides during the COVID-19 lockdown vs. 220 reports in 2019, indicating a 67.7% increase in reports of suicidal behaviour [2]. While most suicides are linked to psychiatric diseases, anxiety and trauma-related disorders are also contributing factors. Further, what is perhaps lesser known is how suicides can happen impulsively in moments of crisis, which could be triggered by the experience of loss, loneliness, financial problems, and illness. Research also shows that the strongest risk factor for suicide is a previous suicide attempt.

According to the World Health Organisation (WHO), close to 8,00,000 people die by suicide every year, with a global suicide mortality rate amounting to 1.4% of deaths worldwide. Even before the pandemic, in 2016, it was estimated that India accounted for 36.6% and 24.3% of the global suicide deaths in women and men, respectively, with only 17.8% of the global population. Suicide is a looming public health issue in India. According to the National Crime Records Bureau (NCRB), one student commits suicide every hour in India, with about 28 such suicides reported every day. The NCRB data shows 10,159 students died by suicide in 2018. Psychiatrists and psychologists the world over have been attributing the high suicide mortality rates to the negative attitude of society towards mental health which is a major treatment gap. The stigma around mental health disorders like depression, anxiety, and the like prevents those suffering from opening up and seeking help. Suicide is a big step to take and those who resort to it do not die because they want to but because they feel there is no hope left, having lost complete interest in living. As mental illness and suicidal tendencies do not always have physical manifestations, it becomes more difficult for family and friends to intervene at the right time, before it is too late. Change can take place if and only if the conversations around mental health and the awareness around it become more prevalent.

India has made great strides when compared to other countries, in passing the Mental Healthcare Act in 2017, also referred to as model legislation passed by the Rajya Sabha in 2016. This act defines ‘mental illness’ as a substantial disorder of thinking, mood, perception, orientation, or memory that grossly impairs judgment or ability to meet the ordinary demands of life, mental conditions associated with the abuse of alcohol and drugs. What makes this act stand out is that it overturned the 309 Indian Penal Code which criminalizes attempted suicide by a mentally ill person. It also protects the rights of a person with mental illness to access treatment with an advance directive and decide how they want to be treated for their illness. While this act aims to provide, protect, promote and fulfil the rights of those with mental illness, the stigma and discrimination stemming from friends and family around those with mental health issues persist, primarily due to the paucity of information and knowledge.

In light of the growing incidence of mental illness during the pandemic, the Union Social Justice and Empowerment Ministry in a welcome move launched a 24/7 mental health rehabilitation toll-free helpline. The Kiran helpline was aimed at providing support to those facing anxiety, stress, depression, suicidal thoughts, and other mental health concerns. 32% of the callers were shown to be students and the majority of the callers (75.5%) were in the age group of 15 to 40 years. The callers not only sought help for themselves but also reached out on behalf of their siblings, spouses, parents, and others. Data shows that the challenges faced by the callers were related to anxiety (28.5%) and depression (25.5%). Empowering more people to start taking their mental health more seriously means more awareness and education around mental health illnesses. Timely intervention by family members in first acknowledging the issue and then seeking professional help from mental health professionals will go a long way in saving those who resort to taking their own lives.

On this World Suicide Prevention Week, let us take a pledge and offer to understand, respect, and empathize with those who have mental health issues. Those with suicide tendencies often get dismissed, are seldom taken seriously, and are mostly stigmatized for their struggle. This translates to them feeling a sense of hopelessness, despair, loneliness, and withdrawal. Let us be vigilant around our near and dear ones as we all walk away from the trauma that we have collectively experienced during the pandemic and take time to regularly check in on each other, have deep and meaningful conversations, and listen to each other without judgment.