The ECHO – Episode 1: Identifying and Managing Depression in Teenagers

Posted by bharath On September 3rd, 2020 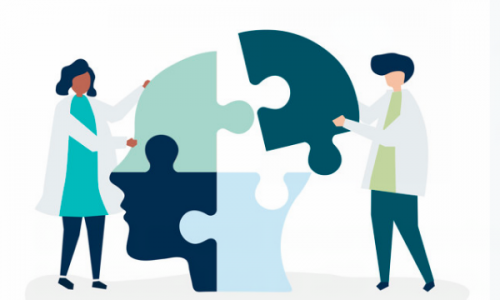 In our first-ever podcast, we have Ms Anupama Kapur us as our first guest.

Ms.Kapur, who is the Senior most clinical psychologist at unlimited potentialities, is a clinic that has been at service in the mental health care space for over 40 years. Anupama has been working with the clinic for over 15 years where She has conducted many tests in the area of ADHD, learning disability, IQ, achievement, personality assessment as well as other tests.

Listen to the podcast here or read the transcript below:

Q.No 1- What are some of the signs of depression that can be identified in a teenager?

Anupama- One of the first signs of depression in teenagers is increased emotionality, along with social withdrawal. Very often, the teen will refuse to engage with the family members as they used to earlier. They may become quiet, withdrawn and shut themselves up in their room for hours on end, refusing to offer any explanation for their behaviour.  If questioned, there may be anger outbursts, aggression, irritability and rude behaviour, or in some cases, extreme crying spells signifying increased emotionality. There are fluctuations in mood and energy levels which will cause the teen to stop attending school and lying in bed all day. But academic performance can also get seriously affected due to lack of motivation and decreased concentration. Fluctuations in appetite and sleep have both been frequently observed. Appetite may decrease significantly, causing weight loss. However, in some cases where children develop, you know with obesity, the appetite may increase. Disturbances in sleep are also observed with the child either lying in bed to avoid getting into certain situations or not being able to sleep at all. Nightmares are also frequently reported.

Q No-2 Now that we know some of the telltale signs of depression, how would one go about screening and diagnosing depression in teenagers?

One of the first steps in the screening and diagnosing depression in teenagers is, taking a thorough and detailed case history, including separate interviews with the parents, the siblings and the adolescents themselves. It is important to cover all aspects such as birth and developmental history, school history, their scholastic performance, their interests and hobbies. Pure interactions need to be looked into very carefully as very often in today’s day and age peers play a very important role in a teenager’s life. Apart from that, their exposure to the Internet and social media is also required to be looked into. It’s also important to get information regarding their interactions in school. In addition to this, we regularly use various clinical diagnostic inventories or what we call personality tests. There are some certain very widely used personality tests which give us a very accurate knowledge or insight into the teenagers’ mental state of mind. As very often, the adolescents themselves are not willing to come forth, you know or may not have any insight into their problems.

In some cases where it is found at Scholastic performance or performance at school is a problem area and it’s that what is leading to the depression. We conduct intelligence tests to establish the intellectual abilities in other cases where the presence of learning disabilities or attention deficit disorder is felt to be also present along with the depression. Whereas specific test, such as achievement tests and tests for attention deficit disorders, are used. It has been found that very often there are specific reasons either in the Scholastic area, child’s behaviour, or interactions that could be the cause of the underlying emotional problem. It’s very important to understand where it started when it started, how it started. Any insight from any person looking after the child needs to be taken into account, not to mention, of course talking to the teenager as well. It’s very important to make them realize that we have their best interest at heart and that we want to help them.

Q No 3- Do you think that social media can be one of the causes of depression?

Absolutely. Social media is increasingly being associated as a cause for depression in teenagers. They don’t have the emotional maturity to deal with the world to which they are exposed. They develop an unhealthy body image, which concerns become overly preoccupied with the way they look or would like to portray themselves in the cyber world. Also, school fights and bullying, which were up to now limited to the classroom or school level, now spill out into the social media realm. Cyberbullying Is real and produces serious effects on the child psyche. The teens of today need to develop skills to help them protect themselves from such attacks and similarly need to be taught what appropriate or inappropriate behaviour in the Internet world is.

Q.no 4- It’s a hypothetical question. Let’s say a parent whose 13-year-old son always feels unwell and tends to get very emotional, which can lead to the interactions becoming difficult. What can that parent do in a situation like that?

Yes, we do have many parents coming to us with the very same concern. The main thing to understand is what may be troubling with teen without seeming intrusive or authoritative or pushy and high handed. Make their teen aware that you know something is upsetting them and give them an unconditional environment for the child to open up and so that they can open up their problems to you. No judgment and no patronizing and don’t nag or badger them. Wait for them to open up their heart to you. Listen. If they get emotional or irritable and rude, do not take it to heart. Persevere to make the teen understand that you are there for them and are extremely concerned about their well-being. Refrain from exchanging any hurtful accusations or name-calling, especially when they are rude or disobedient. From whatever I have seen in my clinical practice, Carl Rogers concept of unconditional positive love and support is what I have seen works wonders for this population.